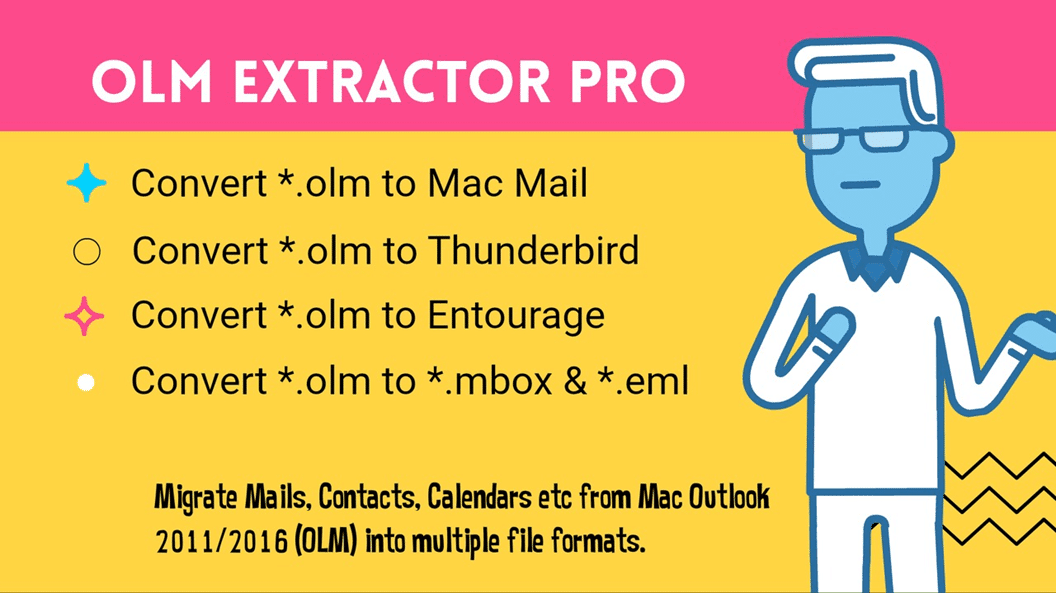 “OLM Extractor Pro” is an email migration tool developed to convert OLM files to multiple formats, including MBOX for Apple Mail client. It is the only tool that converts data without leaving any information behind. Other than its accuracy, it has many other features that has quickly made it the favorite tool for exporting OLM to Apple Mail. For instance, its interface is unlike any other tool you’d have seen. It’s simple, it’s intuitive, and it’s straightforward.

Probably the biggest achievement by USL Software with ‘OLM Extractor Pro‘ is its micro-operations that give it the level of accuracy that’s unprecedented. The effective inner framework of algorithms support all kinds of data inside your OLM files. Most tools for this job can ignore many items, such as images and attachments, or more commonly, the metadata associated with your emails. That’s never going to be a concern anymore with ‘OLM Extractor Pro.’

Things like non-English text and metadata have always been a bit trickier to export from OLM to Apple Mail. Most converters have support only for ASCII text (English). The hardest would be characters with double-byte such as Chinese, Japanese, and Korean. “OLM Extractor Pro” is finally here to give you the exact output as it was originally in Outlook 2011.

Next impressive aspect of “OLM Extractor Pro” is user-interface. An interface is something that a user needs to interact with the tool’s capabilities.

Regardless of how powerful the features are, if a user cannot find its way through the UI easily, there is no use of such power. That’s where most email migration tools usually lack. Their UIs are never built for beginners and non-Experienced users. Even IT experts would find them difficult to use. Even if somehow you could eventually succeed in converting OLM to MBOX but loses a lot of time doing that, it negates the effect of using a software application as opposed to doing the job manually.

“OLM Extractor Pro” is designed with a special team of software designers that gave it a neat and clean look. All the sophisticated features that are specially helpful in larger projects don’t take away the simplicity of the tool. Everything is self-explanatory and intuitive.

Another thing that is necessary in today’s period is batch conversion. If you have a lot of OLM files, you may find it incredibly tough to deal with most tools. They would crash or freeze. Dealing with large OLM files in bulk can be the most challenging thing a developed has to face when he or she is developing to export OLM to Apple Mail effectively.

“OLM Extractor Pro” has a powerful set of algorithms that do not falter at large and multiple OLM files. You can now load any number of OLM files up and convert them all into MBOX safely. If you want to try it now, go ahead and download the setup here. You can immediately start using the tool in a free trial mode that works for ten items per folder.

You can activate it later at any time. Get it now and export OLM to Apple Mail.